Metro is in the incubator at the emergency room where we brought him at in the middle of the night.

When we fed him yesterday afternoon, we hoped he had turned the corner. He sucked from the bottle, and the amount of fluid our vet calculated that he drank sounded good.

He was born at 6.31 ounces… losing weight the first day is normal, and he went down to 5.71 on Tuesday night.  But, yesterday was his day to start showing gains, and he didn’t.

The ER vet who checked us in said that his body temperature was low, probably in part from the drive over where he was wrapped in towels and had a heating stone… and still lost body heat!

At about 8 this morning the ER doctor called and said that Metro is holding his own. He’s being fed every 1 1/2 hours, being kept in the incubator, and maintaining both this weight and body temperature. They hope that he will start being more active and be ready to feed from a bottle again today.

In the first week, the doctor said, some puppies just don’t catch on and start eating. They fail to thrive.

The photo below shows Metro in his first hour of life. He was smaller than his sister then, and has continued to be thin. His failure to eat from his mother or the bottle is life threatening. 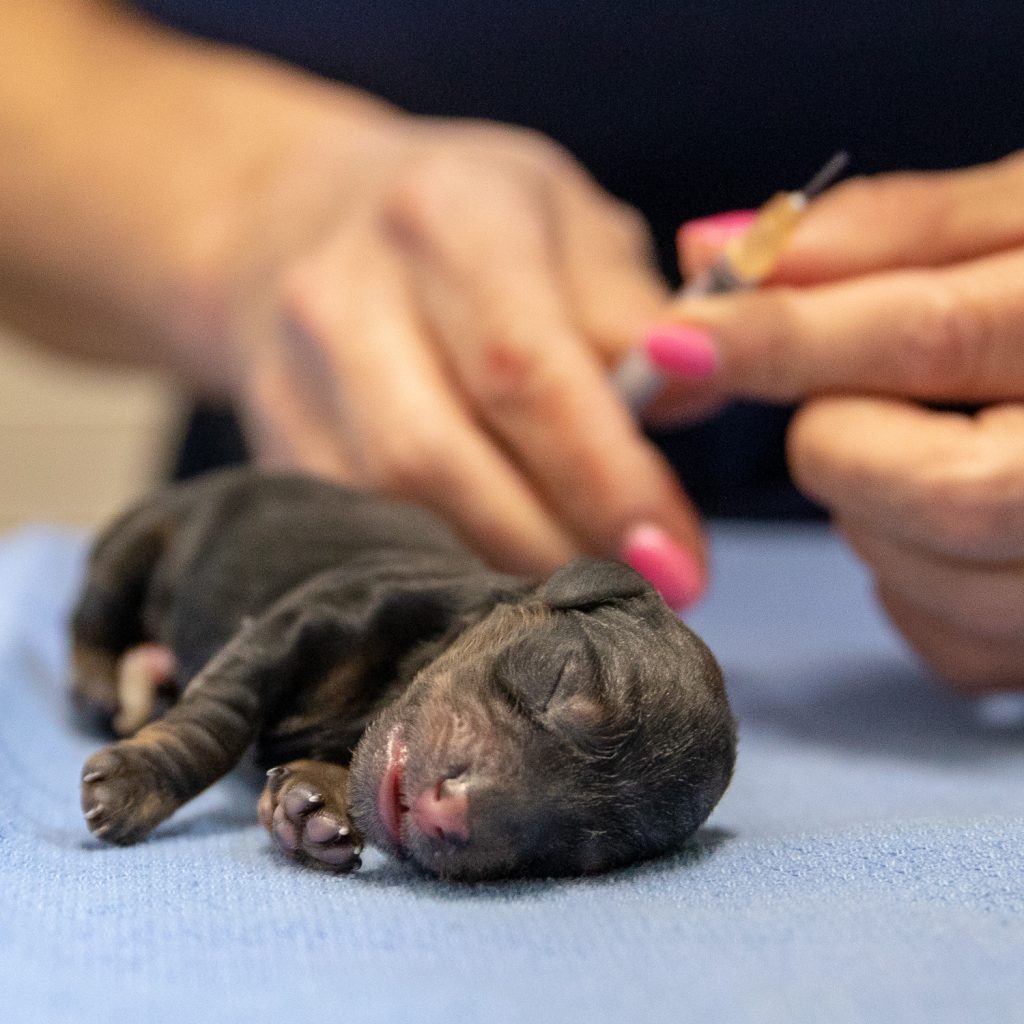 We are rooting for Metro. Eat, boy!

1 Response to Day 4 — Struggling to Thrive