We thought we might move the whelping box into the kitchen over the weekend. That would make MUNI more integrated into our lives and give her an idea of what humans do. We think that MUNI can handle the additional draft of the kitchen, especially since the heater can follow her there.

But, we have been busy or the moment just didn’t seem right, here it is Wednesday, and the TV Room is still the Puppy’s Room. So, the day started out with the now-traditional weighing. 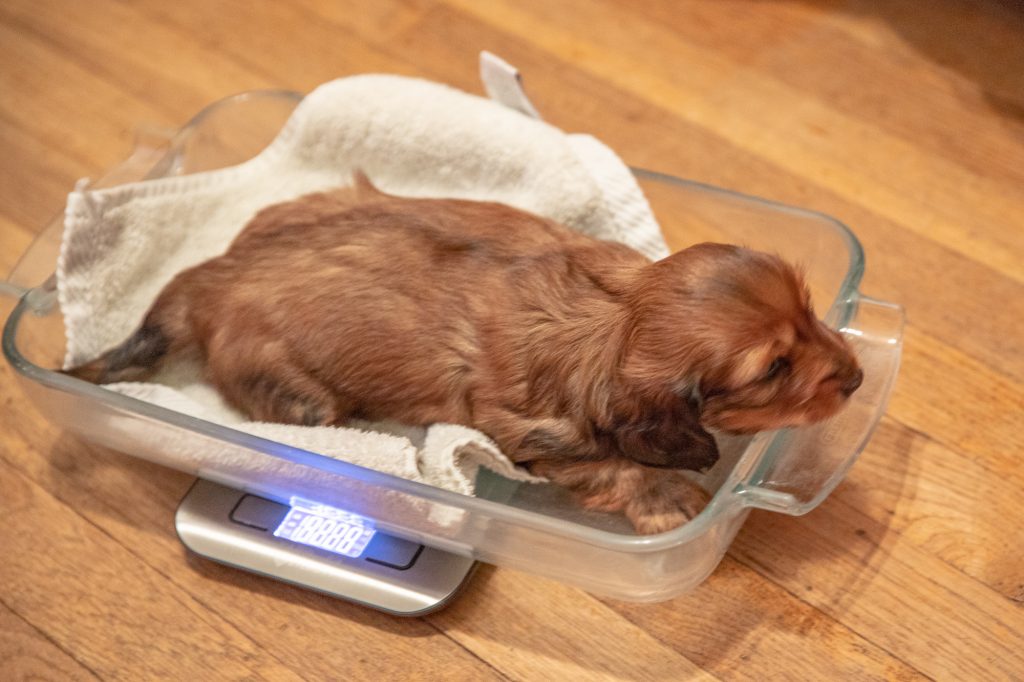 This morning, MUNI was a respectable 42.4 oz. As she moves around on the scale, the numbers jump around. So, the weight is approximate, but the trend is important… and very good!

The day was another comfortable day with the pack. Zenith insisted about 1:30 that she have a snack before my afternoon church meeting, and nothing eventful happened.

Events happened after Geoffrey got home! We [finally] moved the whelping box into the kitchen. Not only did this involve changing the bedding and moving the box, the whole pack, including MUNI, got to comment.

Zenith and MUNI complained considerably that they hadn’t been consulted about the move. The other girls felt their space had been invaded. The Force had definitely been disturbed! 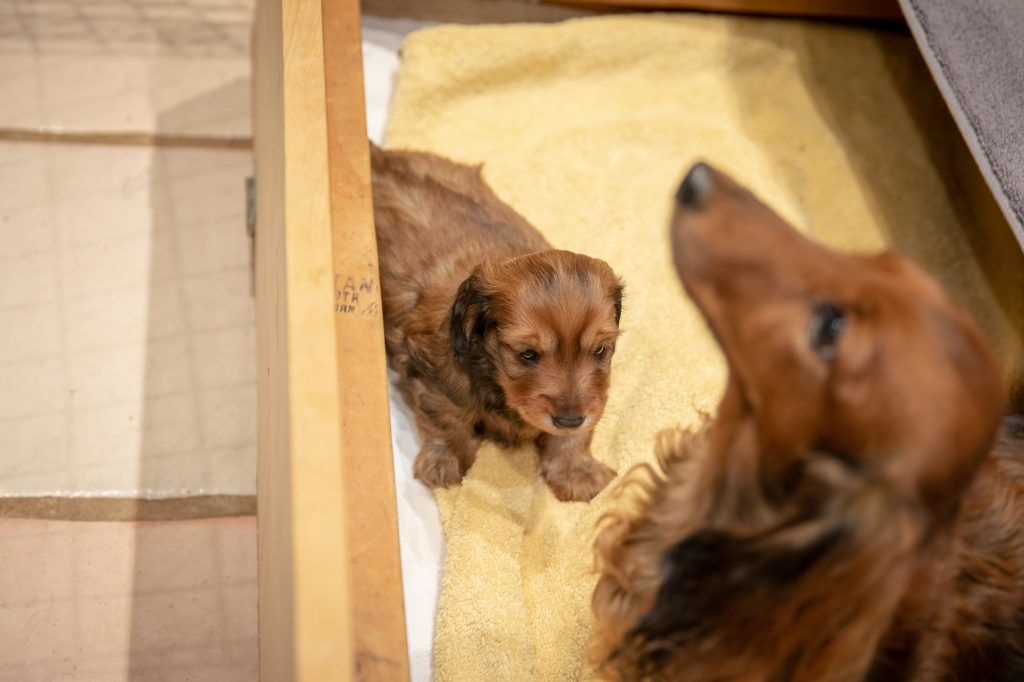 Day 31 — Into the Kitchen. MUNI settles in while mother Zenith remains watchful.

Eventually, the pack chilled somewhat. The new location is accessible to the whole pack, and from the very start there started to be a revolving door (or gate) of puppy inspections and cleaning by the adults. The trend we’ve noticed since the pack all met MUNI has been for the former mothers, SeQueL and Paris, to compete to clean and groom MUNI. Apex is more of a sniff, inspect, and move on. Now that the whelping box is in the kitchen, there is a constant request by the mothers to visit and clean the puppy.

The moving activity exhausted us all. At the end, MUNI crashed and didn’t even notice that after being weighed this morning, she was measured at bedtime!