Most dogs  have at least two names: the name they get when they are at the breeders with their siblings and then the name they are called by when they go to their permanent homes. Purebred dogs registered with the American Kennel Club are given an additional name, their registered name.

We gave Zenith’s newborns puppy names of “MUNI” and “Metro”. (Unfortunately Metro died the first week.) And, now at 8 weeks MUNI is old enough to have a permanent home and a new name.

Her permanent home is going to be with the Ozdachs pack! So, we get to give her a “call” name and a registered name.

Aurora is puppy MUNI’s call name.  This name was originally suggested by a friend as a potential name for Apex or Zenith, but those two names played off each other too well.

Aurora is the name our girl will [eventually] answer to. It’s what we’ll call at home and even in the show ring. In fact, we cannot call her by her registered name in the ring, because if we did, the judge could know the reputation of the bitch in front of him and might be prejudiced to award points to her because of her famousness and not because she was looking and behaving fantastically in the ring.

So, to the AKC, Aurora will be known as Ozdachs Celestial Princess of Oz.

Aurora herself is pretty nonplussed about the naming business. And, she never seriously considered moving away from home.  She does react well to being called “Aurororororor-grrrr-ora”, though.

In addition to getting a new name today, Aurora had her second car ride (the first was on the way back from the C-Section) and her first visit to the vet. For her first round of shots, Dr. Chase made a house call because we wanted to avoid being in a place where dogs with potentially communicable diseases had been. We were willing assume the slight risk of transmission today since MUNI Aurora had some immunity from shot #1… plus, we made sure we had the first appointment of the day.

Dr. Chase was very complimentary about Aurora’s personality! And, she’s healthy, too! 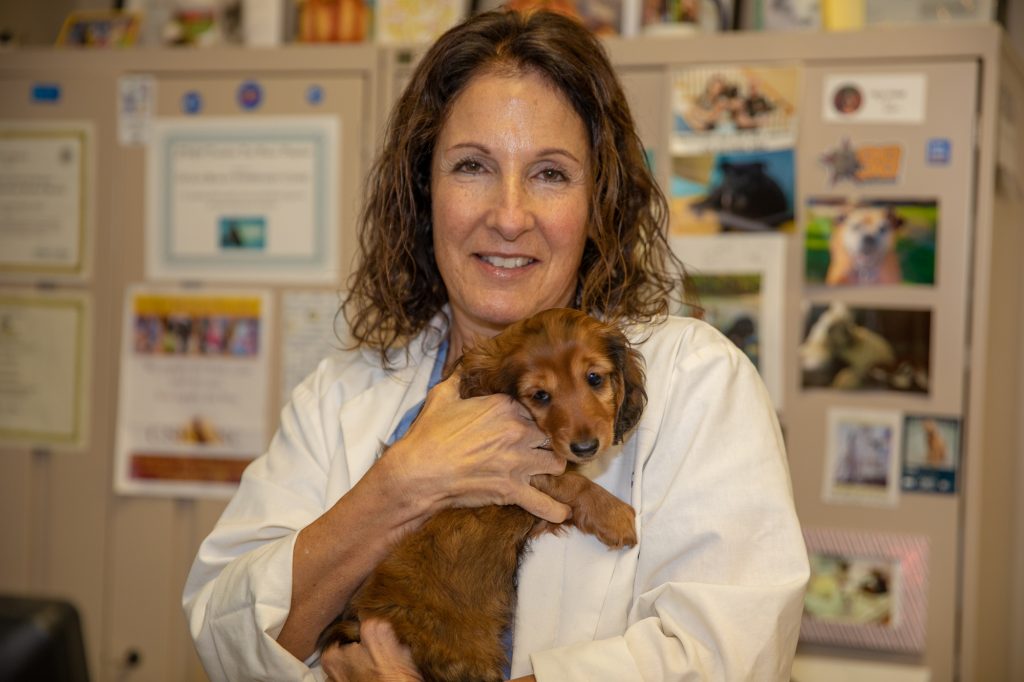 Once again Aurora showed no reaction to the vaccination (no lepto vaccine tried, yet, though). She was her normal playful self when back home.

She did discover a so-far insurmountable frustration. When we all go into the back yard, the older dogs can abandon her! How do they scale these things, anyway?