“The Way the Mountain Moved” at the Oregon Shakespeare Festival

Posted on September 25, 2018 by Galen
Ashland, Oregon
at the Oregon Shakespeare Festival

The Way the Mountain Moved

by Idris Goodwin
directed by May Adrales 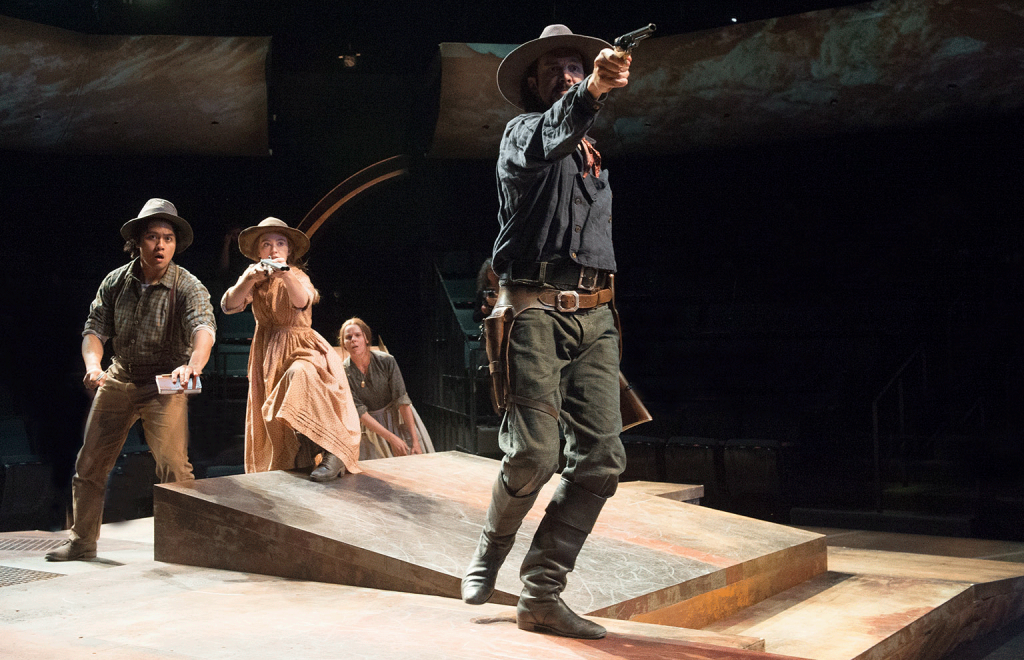 This American Revolutions OSF commissioned play earns a star for its attempt at dealing with a complex subject and another for the quality of the acting; there’s nothing given for any actual quality of the play.

The Way’s major faults are glaring:

Here, according to the OSF website, is what the play is supposed to be about:

In a remote desert in the 1850s, four men—a U.S. Army lieutenant, a sharpshooter, a botanist and an artist—set out to survey a route for the new continent-spanning railroad. After being scattered on separate odysseys, they cross paths with lost pioneers, cautious Native Americans, and an African-American Mormon couple unsure whether to befriend, fight or flee the newcomers.

The story would have been better if it had been about the US Army lieutenant, the sharpshooter, the botanist, the artists, the lost pioneers, the cautious Native Americans, OR the African-American Mormon couple. Pick one to center on, cultivate that character, and build a story that makes us care. 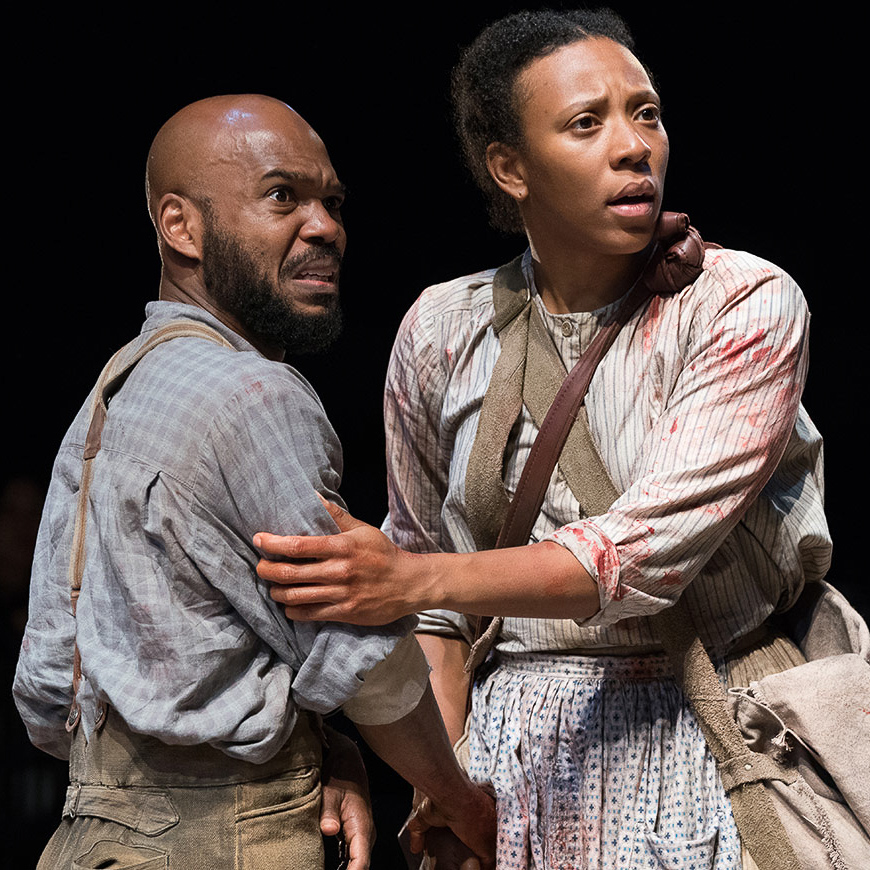 Rodney Gardiner, Christiana Clark. Photo by Jenny Graham.
It just looks like the actors are horrified to be on stage in this show!

As it was presented, The Way is more a display of character sketches, improbable scenarios, and the ever-popular symbolism-laden scenes that you know you should understand better but require a college-level literature course to appreciate.

I know I am stupid. But, I think the playwright really should have shared his drugs with the audience so we could have appreciated the depth of this work.

And, then there were actions that left us suddenly not understanding a character’s nature and motivation. For example, one character seemed increasingly reasonable, vulnerable, and likable as we learned more about his background. Then he suddenly kills a good guy, right in front of us, for no reason I could fathom. Did I miss something? Why did that happen when just 5 minutes ago the narrative had me warming up to him?

Many of my audience mates were intrigued with the possibilities of story development at intermission. They felt that there were so many good plotlines, the writer would weave things together in a wonderful prairie quilt by the end of the show. Spoiler alert: he doesn’t.

The actors make many scenes excellent vignettes in a stand-alone way. Speeches by Rex Young (George Harris) were fun and well done, even if not memorable. Similarly, Al Espinosa (Luis Núñez Arista) owned the stage several times with his words and actions.  Rodney Gardiner’s Orson and Robert Vincent Frank’s Bart also were clear and commanding in their moments.

The other roles, played by truly wonderful actors, didn’t grab me. The awkward/improbably/unexplained/weird situations kept the fine onstage talent from convincing me that their character was genuine. In too many scenes, I felt like I was being thrown bits of history I should be learning while at the same time there was so much symbolism and unspoken Truth that I couldn’t keep up. Sara Bruner’s Phyllis Cooke, for example, was written way too enigmatic for the straight-forward (if awful) situation she was in. I found myself rejecting getting involved.  I simply, wrongly, maybe even in a white-supremacist way, decided I didn’t care.

Overall, The Way the Mountain Moved is a fine new play failure. Seriously. A commissioned play with (too many) interesting characters and (too much random) non-standard events is bold and laudable, even when not good theater or even particularly enjoyable. I appreciate seeing this play instead of another “update” of something dated and tired. I just hope for a subtlety-inducing, focusing rewrite.