I came back home from the gym this morning, and Geoffrey announced that he’d introduced MUNI to Aunt Apex in the whelping box. The meeting went well.

When he brought Apex into the TV room and approached the box, Geoffrey said that Zenith was in the box with MUNI, wagging her tail in greeting. Apex sniffed and met MUNI. They seemed to get along. Geoffrey reported that he removed Apex only when she started digging at the towels trying to rearrange the decor.

Later I was invited in to witness MUNI’s meeting with her grandmother. 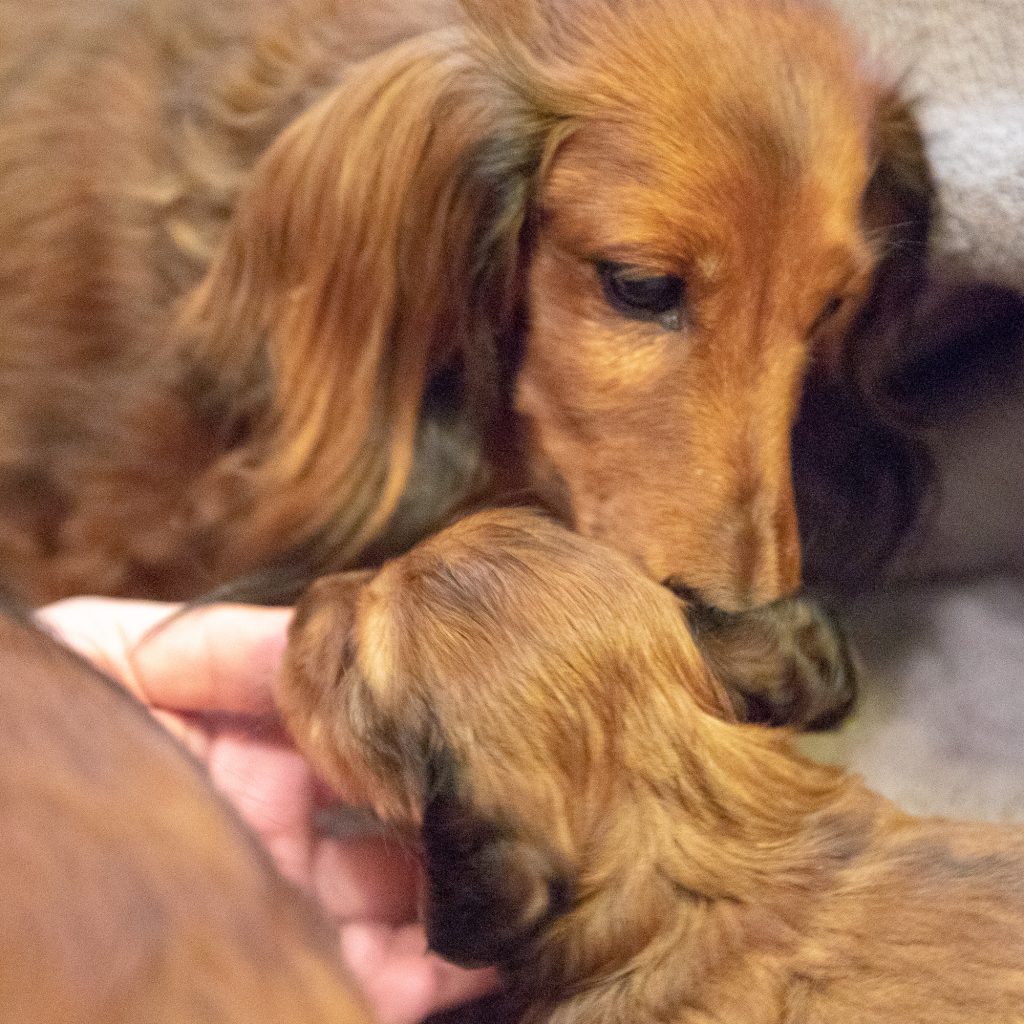 SeQuel was eager to come into the TV room, as the adults all have been since MUNI arrived. Today all three girls in the room were well behaved. SeQueL and MUNI sniffed each other. Zenith moved away from the pair and accepted pets from Geoffrey.

MUNI looked interested in seeing if there was any food available from SeQueL. SeQueL for her part did mom cleaning of the puppy and eventually got bored and moved away.  Happily friendly and low key. 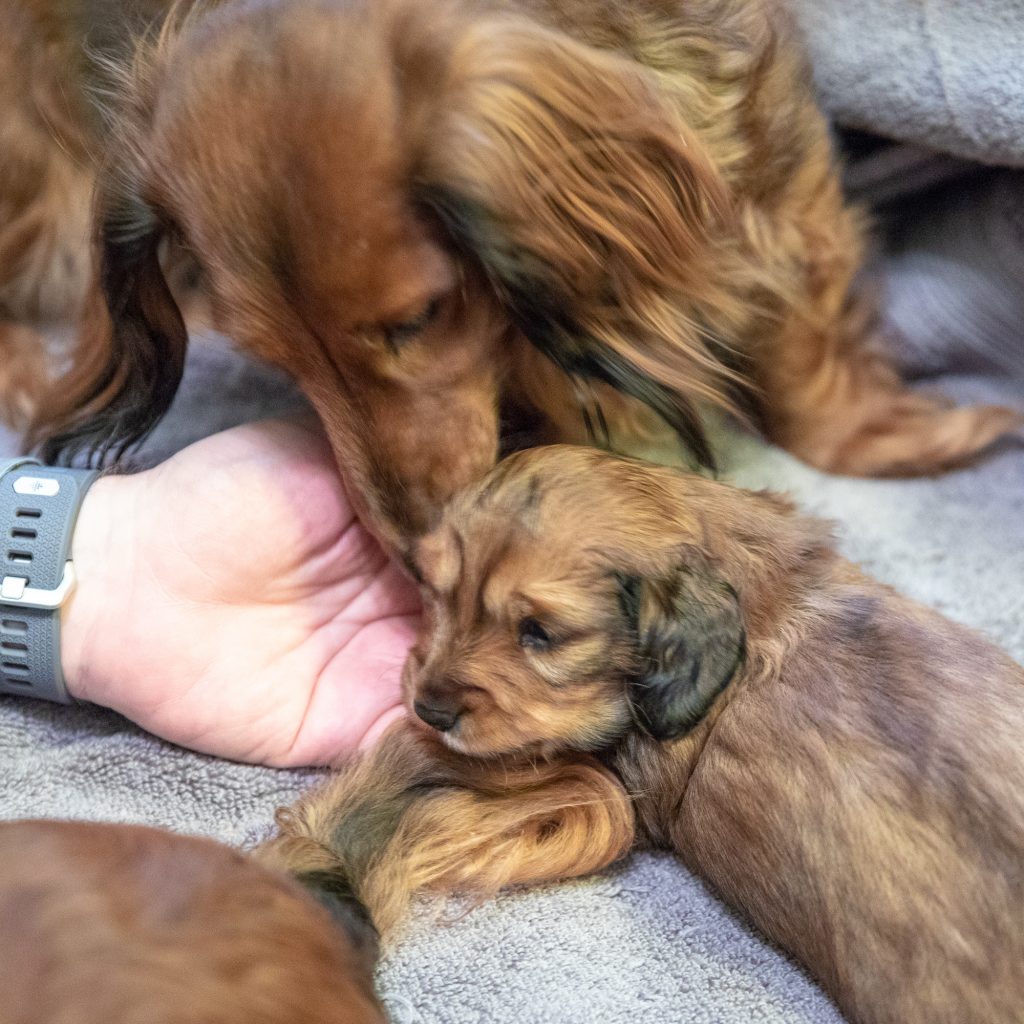 Day 27 — SeQueL and MUNI check each other out

We are a bit puzzled about how to introduce Paris to MUNI. Paris, our blind girl, has stood at the gate and expressed interest in going inside for weeks. But, we don’t know how she’ll react to a squirmy puppy she cannot see. So, we’re cautiously keeping her away from MUNI for the moment.

MUNI is still crawling, not walking, but she can build up momentum as she lurches around the whelping box.

After the meeting with SeQueL, I brought in a tiny plate of watered down wet puppy food to see if MUNI would be interested. She walked toward the food, and into a bit. Seemed to taste it but decided it wasn’t for her yet.

Laster, at dinner time, Zenith was given her food to finish in the whelping box. (I don’t think I mentioned that Zenith started getting finicky about eating her food with the pack. This morning and again at dinner Zenith stopped eating in the kitchen. However, when I moved her and her bowl of food to the TV room she finished her food — and, at dinner, asked and gobbled down another portion. ) While Zenith was chowing down on the wet food, MUNI came from another part of the box to investigate the food smells. She is interested, but just not quite ready.

We are sensiting a possible dilemma. Zenith is increasingly comfortable leaving MUNI in the whelping box. MUNI on the other hand, is now aware when she’s alone. And, she doesn’t like it! This wouldn’t be problem if MUNI wasn’t an only child, but… she is!

Today was another milestone day! MUNI met her blood relatives!