Today’s update is more about the limits of photography than it’s about raising a puppy.

Remember, because MUNI just opened her eyes, we are not using flash for a while.

When you take a picture in low light one way to make the image visible is to open up the lens aperture. (Read Wikipedia on lens aperture settings.) The aperture settings are delineated in f-stops. Higher number f-stops indicating smaller lens openings (less light) and lower f-stop numbers indicate a larger lens opening for more light. My camera’s lens have f-stops from 22 to 2.8. 2.8 is pretty good at letting light in. 2.8 allows for flash-less pictures even there’s little light.

Anyway, the benefit of using a low f-stop that lets more light in is that you can take your picture without keeping the shutter open so long that you get motion blur. Or, using a high ISO (fast film) which typically makes for grainy pictures. Unfortunately, the problem with low f-stop settings is that focusing has to be very precise. 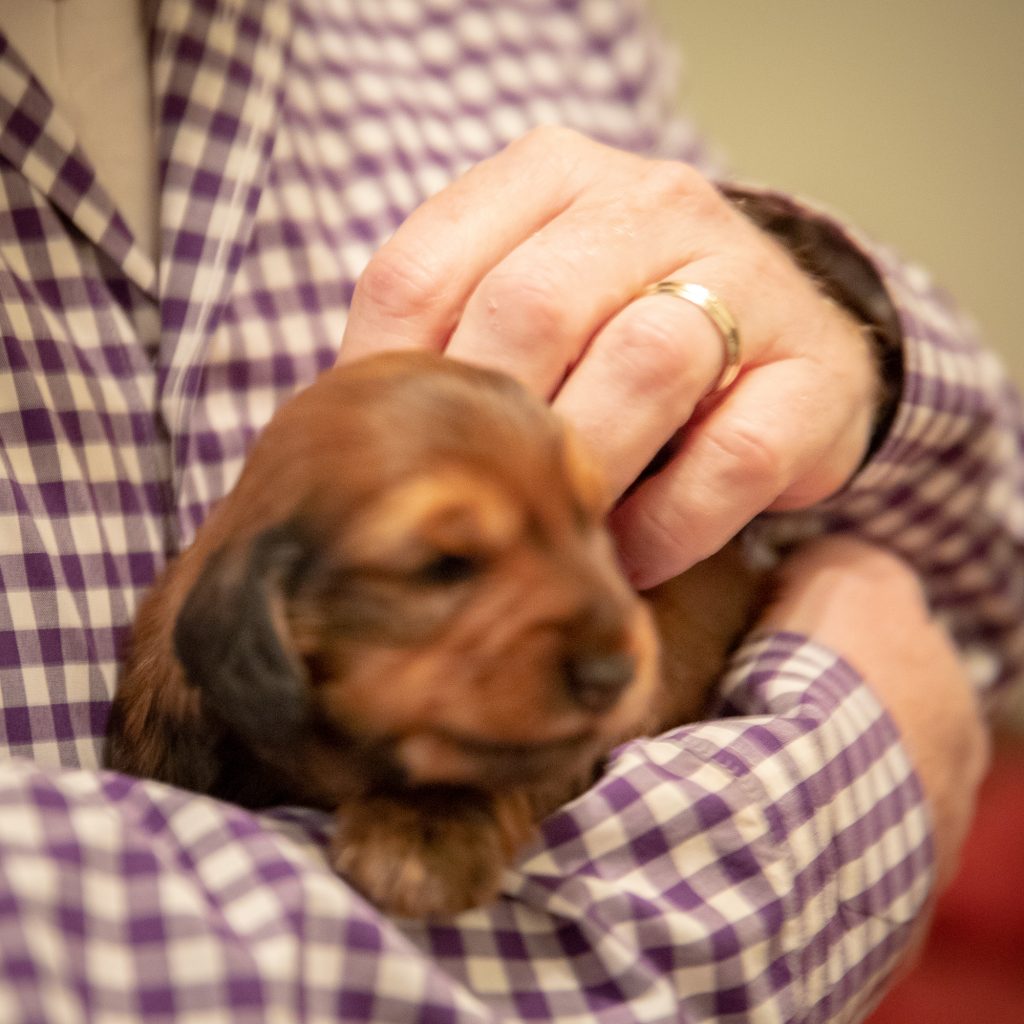 This morning’s shot shows a very clear picture of Geoffrey’s hand and wedding ring. However, MUNI, just an inch and one-half closer to the camera, is out-of-focus. That’s because I was using the maximum opening for the lens, f-stop 2.8.  And, this is the best picture of the series I took!

MUNI, fortunately, doesn’t care. At 8:05 she was up to 27.4 oz, and she is still happy and content. A bad day for the photographer, but a good day for the puppy!