The big development of the day occurred late, out of the range of any camera. Aurora made it up four steps from the backyard to the landing tonight!

True, she made her way up the steps to end the tedious patrol of the backyard I was insisting on because I wanted her to “Go do doggie things.” She insisted that she had no biological needs, and I had been insisting that she needed get in touch with her own body.

Instead, she turned toward the stairs and slowly, with great effort, climbed all of them to the top of the landing. There she sniffed around after gauging that the big step inside was beyond her strength.

When I lifted her back down to the yard to “Do doggie things!” she would have none if it. This time she went up the stairs to the landing at a pretty good clip.

I gave up (and saw no biological punishment from Aurora) after the third time she went up the stairs. This time I helped her over the big step, and she went bounding inside.

Unfortunately, today’s picture of mother and daughter simultaneously clamped on the tennis ball doesn’t capture the momentous progress of the day. But, I think it’s still a cute look! 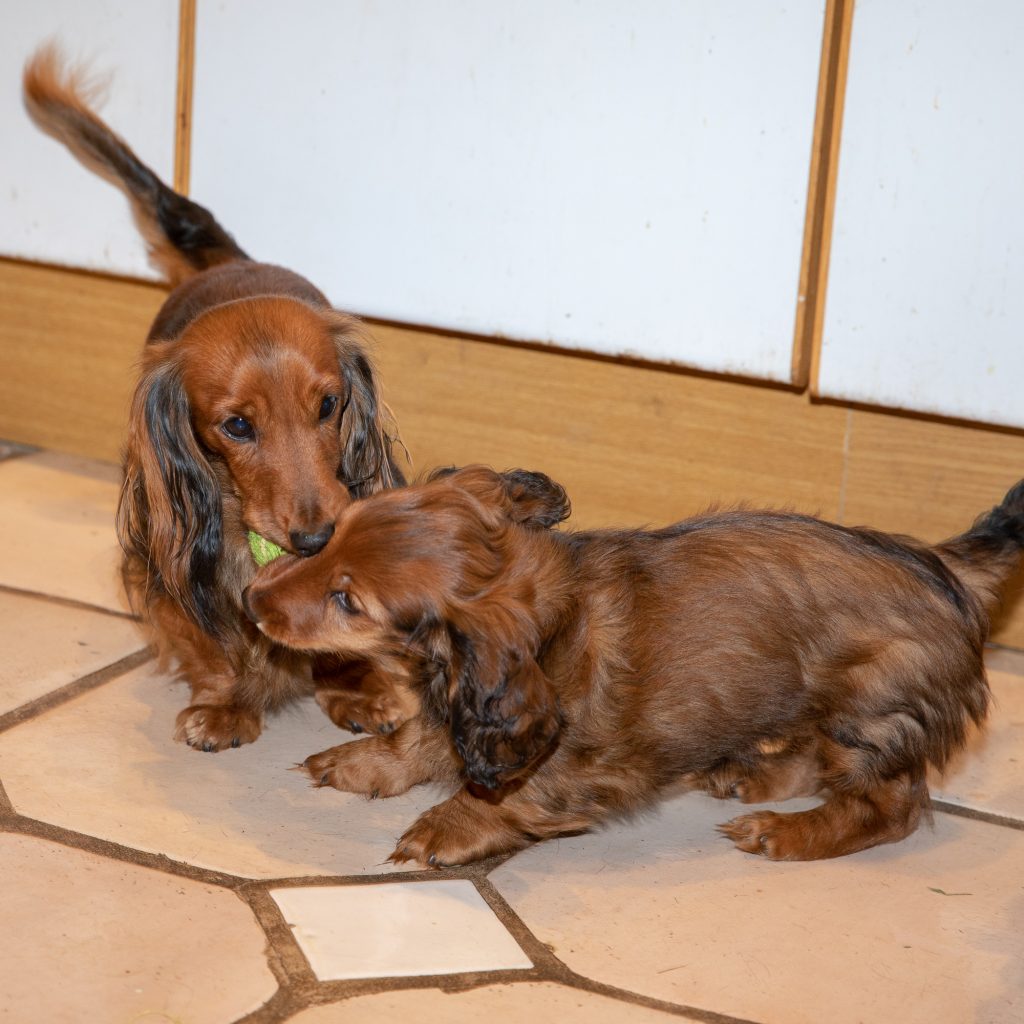